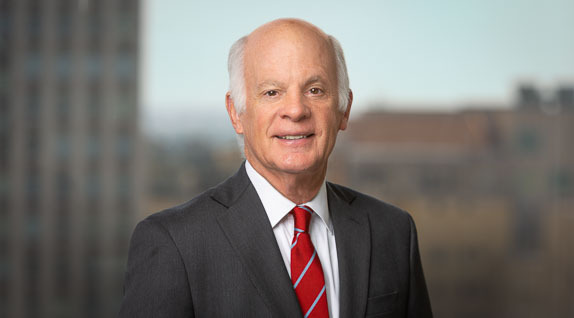 The Best Lawyers in America, since 2003

The Best Lawyers in America, Securities Litigation 'Lawyer of the Year' New Orleans 2014, 2021

George C. Freeman, III, is a founding member of the firm.  His practice focuses on securities litigation, arbitration, and enforcement. He primarily represents financial advisors and broker-dealers, together with their respective officers, directors, and employees, in customer disputes and in SEC and FINRA proceedings.  He also represents underwriters, issuers, and trustees in securities class action cases.  Outside the field of securities, George concentrates in complex financial and commercial litigation. George has long been a member of the American, Louisiana, and New Orleans Bar Associations, as well as the Securities Industry and Financial Markets Association and the American Law Institute.  He has served as an arbitrator for the National Association of Securities Dealers, the New York Stock Exchange, and the American Arbitration Association.  He also has taught jurisprudence, constitutional theory, and securities litigation and arbitration for over twenty-five years as a member of the adjunct faculty at Tulane University Law School, where he is a full Professor and a recipient of the Monte M. Lehman Distinguished Teaching Award.

George is also active in community affairs.  He has served on the Boards of Directors of Trinity Episcopal School, FirstLine Schools, the Louisiana Center for Children’s Rights, and on the Tulane Cancer Center Community Advisory Board.