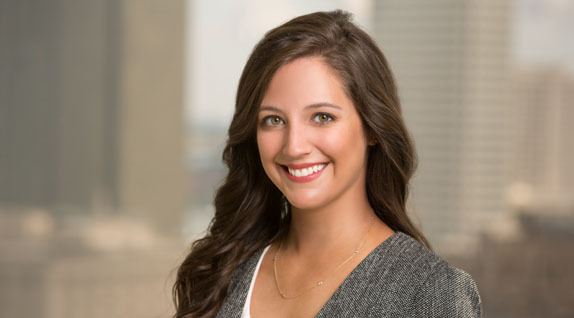 Order of the Coif

Chloé M. Chetta’s practice focuses on complex and commercial litigation, including toxic tort/environmental law, securities and financial industry litigation, employment law, constitutional law, and insurance coverage and bad faith.  Chloé has been peer-selected among "Best Lawyers: Ones to Watch" for her commercial, appellate, and insurance work and has been recognized by New Orleans CityBusiness magazine as “One to Watch."

While in law school, Chloé worked as a research assistant for Professor A.N. Yiannopoulos, editing his fifth and final edition of the Louisiana Civil Law Treatise’s volume on property law, and for Professor Gabriel Feldman, focusing primarily on federal antitrust issues.  After graduation, Chloé was selected to serve as a junior member of the Louisiana State Law Institute, an organization dedicated to adapting Louisiana law to present social needs to secure the better administration of justice.

Chloé is an active member of both the local and national Federal Bar Association.  She serves on the Executive Committee of the New Orleans Chapter’s Younger Lawyers Division and on the national Federal Judicial Law Clerk Committee, where she works closely with the national Diversity & Inclusion Committee to create programming focused on increasing diversity in judicial clerkships.  Chloé also serves as the president of the nationwide Tulane Law Review Alumni Association.