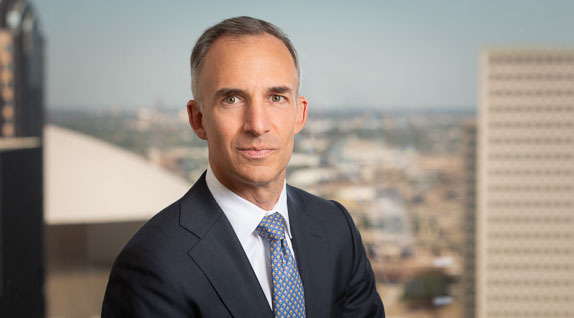 Michael received his law degree from the University of Pennsylvania Law School, where he was a senior editor of the University of Pennsylvania Law Review.  Michael served as a law clerk to the Honorable Lance M. Africk of the United States District Court for the Eastern District of Louisiana.  Prior to joining the Firm, Michael was an associate at Paul, Weiss, Rifkind, Wharton & Garrison LLP in New York.  He was previously a teacher through the Teach For America program.

Michael has been recognized by The Best Lawyers in America for Commercial Litigation, by Louisiana Super Lawyers as a Rising Star, and has been named to Benchmark Litigation’s Under 40 Hot List for 2016 and 2017. Michael was presented the New Orleans CityBusiness “Leadership in Law Award” for 2017.

In addition to his practice, Michael is also active in professional and community organizations. Michael counsels start-up companies and entrepreneurs through his involvement with Propeller, a New Orleans-based social-impact business incubator.