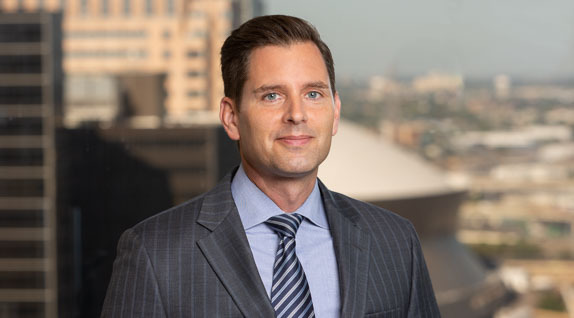 David N. Luder is a member of the firm and maintains a varied arbitration and litigation practice covering a broad spectrum of industries and disputes, including contracts, business torts, real estate development, mergers and acquisitions, financings, and other multi-faceted commercial issues, as well as securities arbitration and litigation.  His work in the securities area also regularly includes representing institutional clients and individuals before regulatory bodies, including the SEC and FINRA, at all stages.  In addition to his arbitration and litigation practice, David regularly represents European clients in transactional, commercial and regulatory matters in connection with their U.S. business interests as well as their international matters.  He also has been engaged as a Swiss law expert in litigations pending in the United States and he serves on the AAA Roster of Commercial Arbitrators.

David holds full law degrees from Northwestern University School of Law, Chicago, and the University of Zurich, Zurich, Switzerland. Before moving to the United States, he practiced with a well-regarded boutique firm in Zurich, Switzerland, where he maintained a broad cross-border arbitration and litigation practice (in German and English, as well as some French).  Prior to joining his current firm, he practiced as an associate in the international arbitration and litigation groups of Skadden, Arps, Slate, Meagher & Flom LLP, in New York.  David also clerked at both the trial and appellate level, with clerkships at the District Court of Zurich, in Zurich, Switzerland (in German) and at the United States Court of Appeals for the Fifth Circuit, in New Orleans.  David repeatedly has been selected as a Future Star by Benchmark Litigation and a Rising Star by Louisiana Super Lawyers. He was also selected twice for Benchmark Litigation's Under 40 Hot List and was listed as a 2018 Top Lawyer by New Orleans Magazine.

David is a dual citizen of both the United States and Switzerland.  Born and (mostly) raised in Zurich, Switzerland, David retains a keen interest in European business and political affairs.  David is fluent in English, German, and French.

David is a member of the New York City Bar Association, the Louisiana State Bar Association, and the New Orleans Bar Association. Throughout his career, he has participated in pro bono efforts involving a broad array of topics with a particular focus on indigent post-trial relief efforts in state and federal courts.