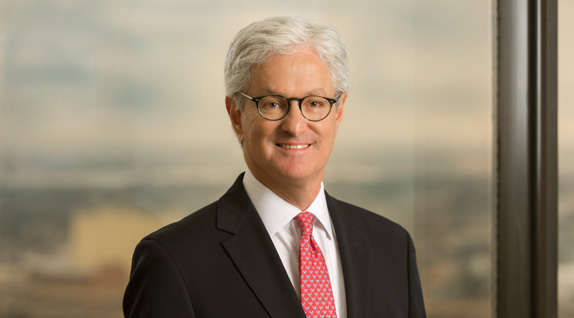 The Best Lawyers in America, since 2001

Steven W. Usdin is a founding member of the firm. His practice is concentrated in commercial litigation, including insurance coverage, contracts, class actions and complex litigation, oil and gas litigation and intellectual property. Throughout his career, his diverse representations have included, among many other cases, representing large public companies in shareholder litigation, a shipbuilder in a multi-million dollar contract dispute, and insurance companies in large property, coverage, errors and omission, and director and officer litigation through the country.

A Fellow in the American College of Trial Lawyers and a strong trial lawyer, Steve has been noted by his peers as being “proactive” and is “highly prized for his strategic thinking and intelligence.” Steve frequently is hand-selected by senior management for representation in high-profile and highly significant cases. He has been recognized by Chambers USA as a top commercial litigator in Louisiana and by Benchmark Litigation as a Litigation Star.

Steve has been actively involved in professional and community activities for the past twenty-five years. He currently serves on the Board of KIPP NOLA, A's and Aces, the Bureau of Governmental Research, and the Greater New Orleans Foundation. He served as Co-Chairman of the Louisiana State Bar Association's Summer School for Lawyers in 2003 and again in 2004. He served on the Boards of Directors of the Audubon Institute, Isidore Newman School, and Tulane University Medical Center, and was Co-Chairman of the American Cancer Society's New Orleans Hope Lodge Capital Campaign. He is a past Chairman of the Board of Trustees of Trinity Episcopal School and the Tulane University Hospital and Clinic, and a past Board member of the New Orleans Bar Association, the New Orleans Children's Museum, the Jesuit Program for Living and Learning Boys' Hope Program, the Anti-Defamation League (South Central Region), and the Louisiana Nature and Science Center.